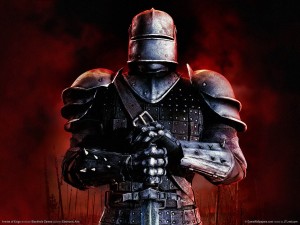 One thought on “CHIVALRY IS ALIVE AND WELL”